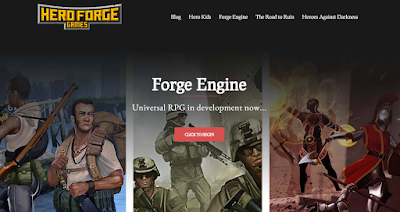 Posted by Justin Halliday at 03:28 No comments: 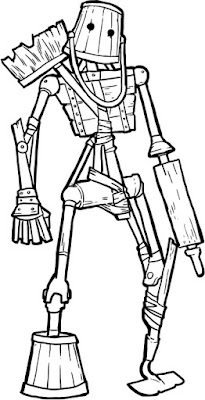 A new and somewhat light-hearted Hero Kids adventure is now available on DriveThruRPG:

The Wizard's Tower adventure takes the heroes from Rivenshore to the wizard's tower on the eastern peninsula that encloses Brecken Bay.  The wizard, Mortain, has gotten himself into trouble and needs the kids' help!

Here's the link to DriveThruRPG: 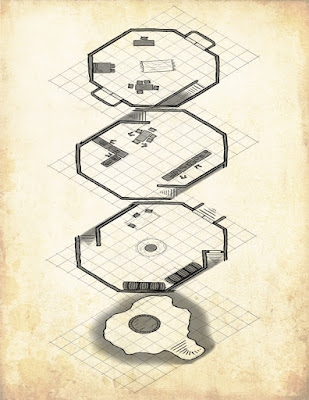 The Hero Kids hero cards are now available in Brazilian Portuguese on DriveThruRPG! 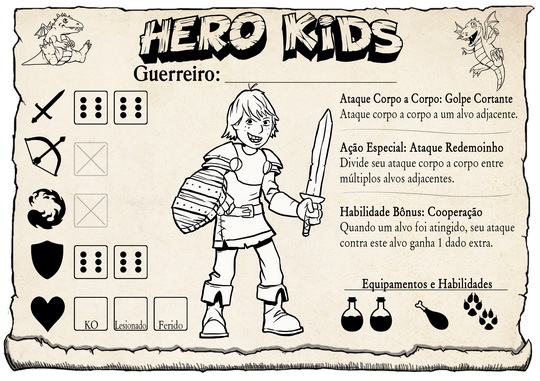 Special thanks to Rafael Borghi for the translations.

Hero Forge Games at DriveThruRPG
Posted by Justin Halliday at 05:27 No comments:

The Hero Kids hero cards are now available in Italian on DriveThruRPG! 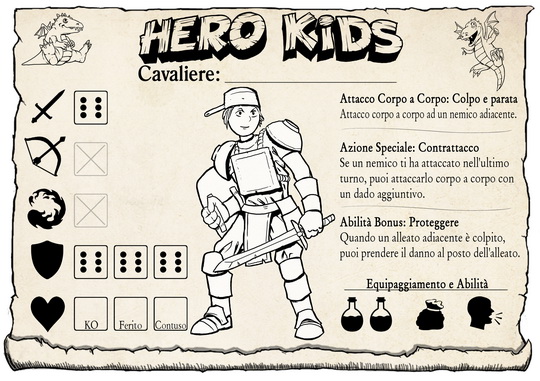 Special thanks to Marco Montanari for the translations.

This expansion for Hero Kids includes ten more space heroes for use with the space adventures. As with the first set of Space Heroes, these heroes are 100% compatible with all other Hero Kids adventures:

Check out this Hero Kids space expansion and the rest of Hero Kids at DriveThruRPG: 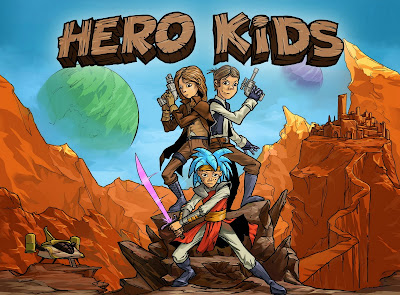 This expansion for Hero Kids includes ten space heroes for use with space adventures (although these heroes are 100% compatible with all other Hero Kids adventures):
•   Brute - The pandian's strength and size makes him formidable in melee combat
•   Force-Binder - This alien Nadi can push enemies with his powerful magic
•   Merc - The merc's armor protects her from all but the most powerful attacks
•   Nadic Healer - This Nadic binds the weave to heal her allies
•   Scoundrel (Female) - Trained in gunnery, the scoundel is a cunning combatant
•   Scoundrel (Male) - And expert pilot, this scoundrel is as slippery as they come
•   Sharpshooter - This alien's ultra-spectral visor enhances his aim
•   Trooper - The trooper's armor protects him while he lines up his enemies
•   Warrior (Female) - The alien warrior's ion sword and quick feet get her in and out of trouble
•   Warrior (Male) - Years of training has honed the warrior's skill with his blade 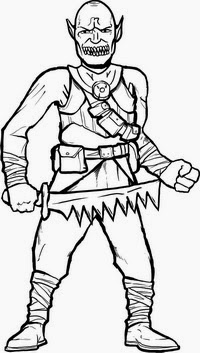 The Trouble At Threshold Station adventure finds the kids travelling Threshold Station, avoiding a deadly meteor shower, then attempting to sell spare parts to a merchant. However, once the trade is complete the kids are ambushed by raiders and must fight to escape.
•   Adventure with four encounters and three new maps
•   Includes four monsters: Raider leader, sawblade raider, gauss-gun raider, and stunner raider

The Tyranny's Shadow adventure sees the kids investigating a mysterious cargo ship that has landed at the space port at Kali Outpost. The heroes discover that the ship is full of droids in preparation for an attack by the tyrannical Droid Authority. The heroes have a number of options to tackle the threat, including using droid control scarab equipment to take control of the enemy droids.
•   Adventure with six encounters and seven new maps
•   Includes four monsters: Recon droid, combat droid, battle droid, and dark binder
•   Includes equipment: Droid control scarab 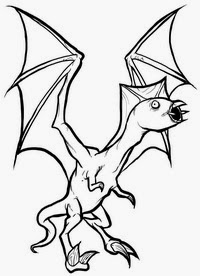 Secret of the Crystal Cave

Here are those links again:

Hero Forge Games at DriveThruRPG
Posted by Justin Halliday at 04:57 No comments: 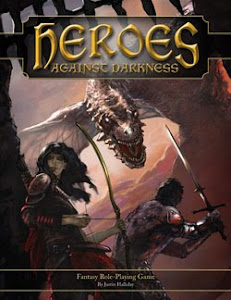 Justin Halliday
Justin is a 20-year veteran of the videogame industry, and he's been playing table-top RPGs even longer. He now works for a Public Service Innovation Operations team. When I'm not talking about games (RPGs, boardgames and videogames), I also post about the following topics: social issues, climate change, and tech stuff.